Since we will be sharing the same code between platforms, set up a common location using your favorite source code control. I like to use Git and Bitbucket for this purpose.

Creating the solution from a template

To get up and running fast, I chose the Visual Studio 2015 template “ASP.NET Core Web Application (.NET Core)” because of the ease of use in creating a project. Yes, this seems like cheating, but at the moment there isn’t a comparable feature for Visual Studio Code. Yes, there are Yeoman generators for ASP.NET Core but I felt the basic template in Visual Studio 2015 was more accessible to a .NET developer and didn’t require installing Yeoman.

Step 2: Select “Web Application” and choose the type of Authentication. 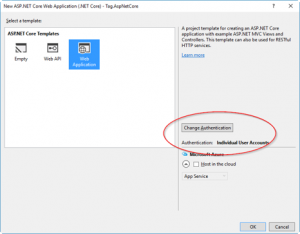 Using this cross-platform will be the subject of another post. 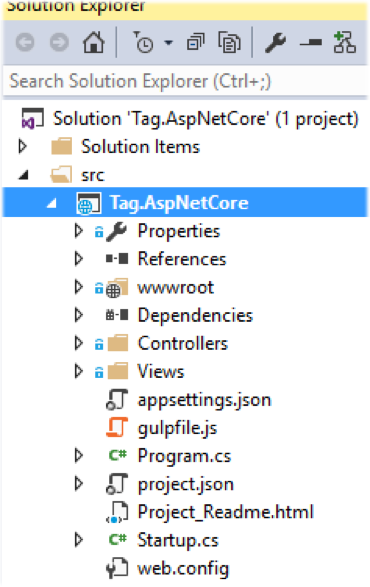 Select Yes and a “.vscode” folder will be added with a tasks.json file. This is the “Task Runner” file. We will edit that in a few steps. 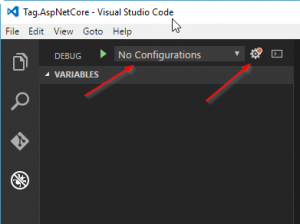 This will create a launch.json file for you that contains the confugrations for debugging. 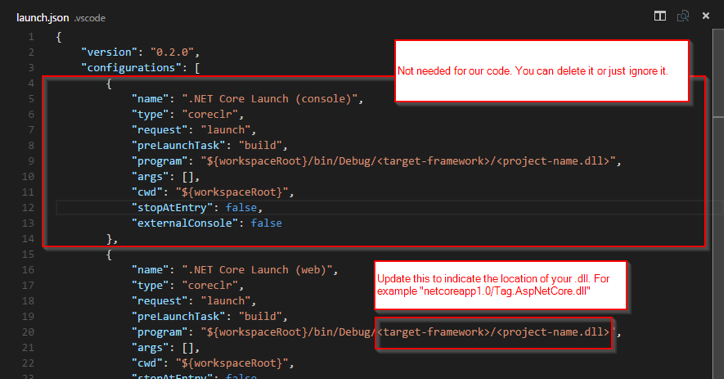 Note: If you forget to edit this and try to debug, you will receive the following error:

Once you change the program path and save this file, these configurations will be presented in a dropdown to the right of the “Start Debugging (F5) button”. Select “.NET Core Launch (web):

To fix this we will need to update the project.json file to tell the build process to produce a .NET Core compatible output. 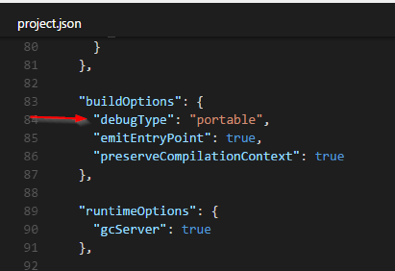 Make sure the configuration “.NET Core Launch (web)” is selected. Start a debugging session by pressing the Start Debug button:

At this point, the web page should launch for you successfully, and you can debug the project just like you can on Windows.

ADDING PACKAGES AS YOU DEVELOP: A DIFFERENT APPROACH WITH VISUAL STUDIO CODE 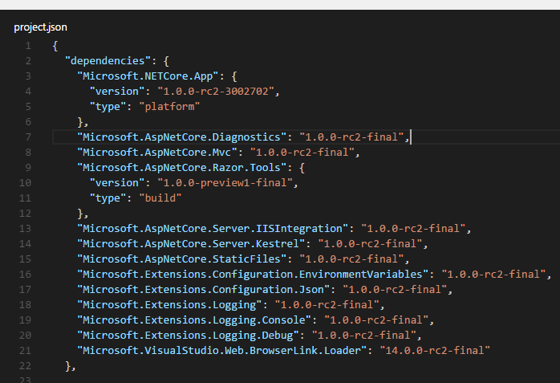 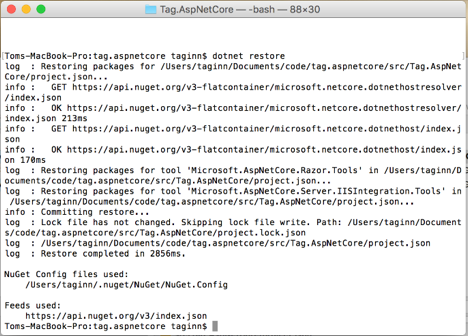 Overall, cross-platform ASP.NET Core debugging using Visual Studio Code works well. The only disappointment seems to be the lack of support for NuGet packages within Visual Studio Code. I would like to see the dotnet CLI support package installation.

My only question for the development community is; now that you know cross-platform development and ASP.NET Core debugging can be done, do you want to do it for an ASP.NET Core website? Or, does it seem that all this was made possible just to prove it could be done? Let me know in the comments.